The Pacific Northwest Worker: Subjectivity of the Traveling Employee 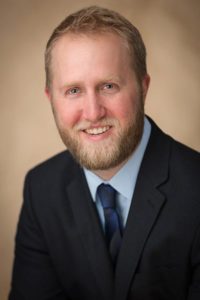 Given their proximity to each other, workers’ in Oregon and Washington often find themselves traveling to/from both states as part of their jobs. Both Oregon and Washington have laws exempting workers temporarily within their borders from their respective workers’ compensation laws. Each state also provides coverage to its workers who temporarily travel outside their respective boundaries. See ORS 656.126(1) and RCW 51.12.120.

In Oregon, workers/employers from another state are not subject to Oregon workers’ compensation laws when a worker is temporarily working within the State of Oregon if:

Even if those factors are met, the question of whether worker was temporarily working in Oregon must still be answered. Oregon Court’s examine several factors known as the permanent employment relation test to determine whether a worker is temporarily in the state for workers’ compensation purposes. No one factor is determinative. Factors include:

In Washington, workers/employers from another state are not subject to the Industrial Insurance Act when a worker is temporarily within the State of Washington if they are not domiciled in and do not employer workers within the state. See RCW 51.12.120(4). However, when such an injury occurs, the employer (or their insurance carrier) must certify to the Department that they have workers’ compensation coverage in the state they are domiciled, and the injured worker is entitled to benefits under that state’s laws. See RCW 51.12.120(4). Washington also allows employers and workers whose job duties require them to regularly travel to Washington to agree the worker is subject to the workers’ compensation laws of the other state. See RCW 51.12.120(6).

Have a question about a worker injured while temporarily working in another state? Feel free to contact me at (503) 595-6110 or .