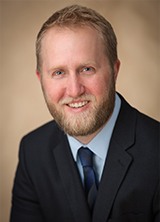 Last year, in Caren v. Providence Health System Oregon the Oregon Supreme Court held that without a preclosure combined condition denial employers must pay the full measure of impairment stemming from a combined condition where the work injury was a material contributing cause of the impairment as a whole. In doing so, the Court reasoned a worker is entitled to some notice where an employer contends a portion of the worker’s impairment is not compensable. Recently the Court of Appeals expanded on that decision in Robinette v. SAIF by holding employer’s must pay for the full measure of a workers’ impairment where the work injury was the material contributing cause of their impairment as a whole even if the apportioned impairment is due entirely to an unrelated condition.

In Robinette the worker experienced a compensable knee injury. When the claim was closed, she received a permanent impairment award for a “five percent whole person impairment based on” a surgery and chronic condition award. A medical arbiter also noted impairment for loss of range of motion and stability in the worker’s knee. According to the medical arbiter those findings were entirely due to preexisting conditions not the industrial injury. The medical record did not include evidence of a combined condition or indicate these preexisting conditions were legally cognizable. Based on the medical arbiters report the Workers’ Compensation Board declined to award impairment for the loss of range of motion and stability. In doing so it noted an impairment award could not be given where the impairment was caused entirely by conditions unrelated to the compensable injury. The worker appealed.

Citing Caren the worker argued she should receive an award for impairment stemming from the unrelated condition because her compensable injury was the material contributing cause of her impairment as a whole. The Court of Appeals noted this case was factually distinguishable from Caren because it did not involve a legally cognizable preexisting condition or combined condition. Nonetheless, it noted Caren’s rationale about providing worker’s with notice of the employer’s intent to deny compensability of a portion of their impairment was applicable. As such, the Court of Appeals held without a preclosure denial of the condition giving rise to impairment the employer cannot apportion impairment where the work injury is a material contributing cause of the worker’s impairment as whole. The Worker’s Compensation Board’s decision denying impairment for the worker’s unrelated condition was reversed as a result.

The Court of Appeals decision in Robinette is troubling for a variety of reasons and will certainly lead to greater costs on employers; either through larger impairment awards or increased litigation of preclosure denials. Regardless, as a result of this decision employers and TPAs should keep a close eye on potentially unrelated causes of impairment while processing a claim to closure. Early identification and resolution of issues surrounding compensability related to preexisting/unrelated conditions in advance of closure may help avoid significant exposure to impairment benefits and litigation costs down the road.

Have a question about apportionment of permanent impairment? Feel free to contact me at or (503) 595-6110.