Some Common Sense from The Oregon Court of Appeals! 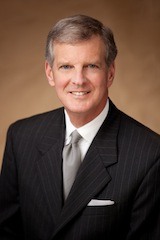 Employers have reason to celebrate following the April 17, 2013 decision from the Court of Appeals in Pamela Hamilton v. SAIF.  In this course and scope case, the Court ruled that an injury sustained when a worker fainted and fell in the course of her employment was not compensable.

Claimant worked as a cook/cashier and was standing in the employer’s kitchen when she fainted and fell, striking her face on a brick floor and sustaining facial and dental damage.  SAIF denied the claim.  At hearing, claimant conceded the fainting incident and resultant fall were idiopathic (“peculiar to the individual”), but argued that the hardness of the floor and the employer’s requirement that she stand at work contributed to her injuries.  The ALJ agreed with claimant and ruled that her injuries involved an employment cause that combined with a personal cause to produce damage to claimant’s teeth.  SAIF appealed and the Workers’ Compensation Board reversed concluding that the injury did not “arise out of” her employment.  Claimant requested review by the Court of Appeals.

On appeal, claimant argued that while the fainting spell and resultant fall were for personal reasons, the hardness of the floor and the requirement that she stand contributed to the severity of the injury making it compensable under either the “mixed risk doctrine” or the “increased danger rule.”  The Court rejected claimant’s argument under the “mixed risk doctrine,” concluding that there was no evidence that work-related conditions caused or contributed to the fainting incident and fall.  The Court also rejected the “increased danger rule” argument, noting that it applies only when the danger of serious injury is “greatly increased” by some work-related factor.  While this rule might apply if claimant was working well above ground level, around sharp objects or driving, the hardness of the floor and the requirement that she stand did not “greatly increase” the danger or severity of this injury.  Thus, the Court affirmed the claim denial.

What does this mean?  A fall at work is not always compensable!  Take a close look to determine if it was “unexplained” or “idiopathic.”  A truly unexplained fall that occurs while the worker is performing required duties is compensable if the employee can eliminate idiopathic causes.  But if the fall and resultant injury are idiopathic in origin, it will not be compensable unless there is evidence of “mixed risk” or “increased danger.”

If you would like a copy of this favorable decision or have additional questions, do not hesitate to contact me at .