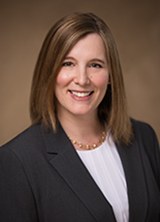 Employers understand the risks associated with alcohol consumption at work, particularly for those employees who operate equipment or vehicles. But, employers often view the off-work hours as something outside their area of concern. That is not necessarily true. When an employer organizes or encourages employees to grab drinks after work, the company may risk becoming liable for the consequences of that drinking. Earlier this year, the Oregon Supreme Court sent that message to employers in Schutz v. La Costita III, Inc., 364 Or 536 (2019). Ms. Schutz drank too much, hopped in her car, and ended up paralyzed from the car accident she caused. Thankfully, the other driver was not significantly injured. She sued both the bar and her employer. As against her employer, she contended the supervisor had pressured her to join a group for after-work drinks for a period of time. When she agreed to join them on the occasion in question, she allegedly felt goaded by her supervisor to keep having more drinks. The Supreme Court held the employer and supervisor were not entitled to the “social host” immunity given to one who receives guests in a social setting and buys or serves alcohol. Rather, the employer could be sued for the negligent act of organizing an event where it pressured employees to attend and drink. In the context of workers’ compensation, employers have similarly been found responsible for injuries resulting from an employee’s use of marijuana or alcohol when the employer encouraged use. See e.g. Brooke Woodward, 69 VN 266 (2017).

What should employers do? Employers should avoid sponsoring after-work drinks unless they also take measures to monitor for intoxication and provide safe rides. Supervisors should be informed of the role they play – and their own personal liability – if they encourage these events or attend the events and buy drinks. Conversely, an employer may chose to discourage any company-sponsored drinking outside of work.