What Came First: The Acceptance or the Authorization? An exploration of Clark County v. Maphet 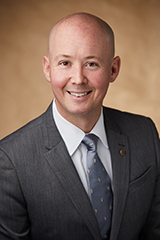 The Maphet fact pattern is familiar to anyone who has worked with an injured worker or with workers’ compensation: Jennifer Maphet injured her right knee while at work and multiple knee surgeries did not resolve her knee pain and instability that resulted. The wrench in the equation, of course, was that the multiple surgeries uncovered other, unaccounted-for conditions which the surgeons treated during their authorized surgeries. The condition which stemmed from the surgeries performed sua sponte – in Maphet, patellofemoral instability – ultimately needed four additional surgeries to correct. The County paid for the first three but refused the fourth.

Ultimately, the Court held the County could not decide, after the fact, it would not pay for the final surgery. The Court noted that if a self-insured employer wants to contest the acceptance of a claim, it merely needs to decline treatment. See RCW 51.32.055(6). The problem, of course, was the County authorized multiple surgeries to address the patellofemoral instability which was ultimately caused by an allowed surgery under the claim: by authorizing the treatment, the County had accepted the condition. Maphet at 727.

The Court also discussed the initial surgery.  The surgeon opted to operate on Ms. Maphet’s theretofore unknown knee condition during an otherwise routine knee surgery. That surgery had been authorized only to remove scar tissue; the Court held that even though the surgeon opted to treat an unaccepted condition it was of no consequence. He chose to operate on the patella tendon, so any consequence of that surgery would also be covered under the claim. See Anderson v. Allison, 122 P.2d 484 (1942).

Frustrating as the decision might be to self-insured employers, the Maphet case has two important takeaways:

The post-Maphet landscape is still evolving, but there are some important decisions by the Board which point toward its broad interpretation. Quite recently, for example, a self-insured employer who paid for behavioral therapy after a worker claimed to suffer from anxiety after a traumatic incident was deemed to have accepted the anxiety as part of the claim. In Re: Debbie L. Neville, No. 1915081, 195082 (Wash. Bd. Ind. Ins. App. July 28, 2020). For now, the best course of action seems to be to solicit an expert opinion, through either an Independent Medical Examination or a Records Review, to help determine if you should authorize treatment on any condition not covered. Ultimately, the responsibility to investigate the relatedness rests on the self-insured employer, not the injured worker

If you have any further questions about covered conditions or the holdings in these cases, please feel free to contact me at or 503-595-3116.