Washington Workers’ Compensation in a Work from Home World 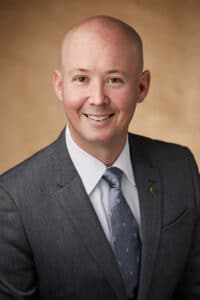 If there is one thing the pandemic showed us – outside of the beauty of sourdough and the ease of making chicken stock – it is that the modern office construct could be a thing of the recent past. The evolution of at-home work necessarily poses additional questions regarding injuries suffered while working at home, namely “is my injury covered by workers compensation?” The answer, in most cases, is a resounding “it depends.”

Many employers have opted to allow some employees to work from home on at least a semi-permanent basis even when the threat of Covid-19 has receded. As a natural extension of this policy, some workers who have elected to remain at home have moved to neighboring states – or in some cases across the country – for a variety of reasons. As businesses begin to transition from a completely at-home workforce to a combination of at-home and in-office, questions surrounding coverage for workers in different states than their employer have naturally arisen.

Generally, if a worker is injured in the course of employment, he or she is eligible for workers compensation. In most cases, those injuries occur on the employer’s premises, but not always. There are contingencies in place to cover truck drivers or delivery workers whose place of business is anywhere but a brick-and-mortar location. Many companies in Washington might have workers who live and work in Oregon or Idaho and who, if they were injured, would be injured off premises.

Employers who have employees working from home in multiple states might need to have workers’ compensation policies covering more than just their place of business. The Washington Department of Labor and Industries takes a two-step approach to determining where an employee should be reported, looking at both the state where the worker regularly works and the state where the worker lives, if he or she is teleworking. If an employee fits either one of those categories, they are considered to be based in – or “principally localized” – in that state. For example, a worker who lives in Idaho and currently teleworks for a company based in Spokane would be considered to be principally localized in Idaho. This concept of being principally localized has taken on new meaning as workers continue to stay home due to Covid-19 protocols and it is important for employers to know the states where each of their employees live

Luckily, Washington has reciprocal agreements with many nearby states, including Montana, Idaho, the Dakotas, Utah, Wyoming and Oregon which allow for temporary coverage should an employee domiciled in one of those states need to come from the reciprocal state to Washington for work. When that Idaho worker comes to Spokane for training, he or she is covered under this reciprocal agreement.  Further, RCW 51.12.120 covers instances where a worker who is outside the state of Washington is injured in a manner which would entitle him or her to benefits had the injury been in Washington. In fact, the Revised Code specifically states that home state workers’ compensation coverage may not be a bar to recovery of Washington benefits but can be considered a credit against future payments.

If you have any questions about whether your teleworking employees are covered by Washington workers’ compensation or by another state’s policy, please call me at 503-413-3116 or email me at .