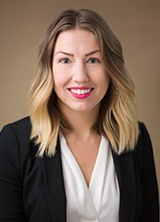 The Washington Supreme Court consolidated two cases involving separate staffing agencies, Tradesman and Laborworks. Tradesman is a staffing agency that contracted with Dochnahl Construction, to provide temporary workers. Under the contract, Dochnahl Construction was “solely responsible for directing, supervising and controlling Tradesmen employees as well as their work.” Tradesman assigned a temporary worker to a jobsite on Federal Avenue, which was inspected by a representative of Tradesman for safety hazards. Dochnahl Construction re-assigned the temporary worker to a jobsite on Palatine Avenue without informing Tradesman and as a result, Tradesman did not inspect the Palatine Avenue site. The Department later cited Tradesman for two WISHA violations stemming from the worker’s exposure to scaffold hazards and lack of fall protection. On appeal, the Board reversed the violations, finding Tradesman was not a liable employer due to lack of control over the worker and the work environment. The Superior Court and the Court of Appeals affirmed the Board’s decision.

Laborworks is a staffing agency that contracted with Strategic to provide temporary workers to sort recycling, which could include glass and needles. Laborworks was responsible for hiring and onboarding workers, paying wages, and providing workers’ compensation, unemployment insurance, and benefits. Laborworks also inspected the work site to identify blood-borne pathogen hazards, provided workers a limited safety training regarding the exposure to blood-borne pathogens, and maintained some medical and training records. Strategic was required to “properly supervise, control, and safeguard its premises, processes, or systems.” The Department cited Laborworks for five violations involving the worker’s exposure to blood borne pathogens, inadequate training, failure to screen for hepatitis, and incomplete documentation of vaccine history. On appeal, the Board reversed the violations, finding Tradesman was not a liable employer because it did not control the workplace. The Superior Court reversed the Board’s ruling and reinstated the violations. The Court of Appeals reversed and vacated the violations.

Relying on Occupational Safety and Health Administration (“OSHA”) the Board has held that whether a staffing agency should be cited for WISHA violations depends on the “economic realities of who controls the workplace.” The economic realities test considers (1) who the workers consider their employer, (2) who pays the workers’ wages, (3) who has responsibility to control the workers, (4) whether the alleged employer has the power to  control the workers, (5) whether the alleged employer has the power to fire, hire, or modify the employment conditions, (6) whether the workers’ ability to increase their income depends on efficient rather than initiative, judgement and foresight, and (7) how the workers’ wages are established. In Tradesman, The Department argued against application of the economic realities test, arguing the WISHA inquiry should focus on the level of control over the workers and additional factors such as knowledge of the violation and permanence of employer as opposed to control over the physical worksite. The Washington Supreme Court found that an employer’s ability to control both the workers and the physical environment must be considered in determining whether they may be liable employers for safety violations under WISHA. The Court identified the proper inquiry as whether the staffing agencies retained sufficient control over the workers and the work environment such that they could abate the relevant safety hazards. The determination was to be made on a case-by-case basis considering the following factors were considered: (1) power to control the worker, (2) the ability to modify work conditions and status, (3) control over the worksite, and (4) the level of knowledge of the relevant safety hazard.

In the case of Tradesman, the Washington Supreme Court affirmed the Court of Appeals decision, finding that Tradesman was not liable for WISHA violations as Tradesman did not control the temporary worker, the work being performed, the Palatine work site, or the work environment. Under the contractual agreement, Dochnahl Construction, not Tradesman, was responsible for providing a safe work environment, safety training, and safety precautions. The Court also found it significant that Tradesman was not given the opportunity to inspect the Palatine work site at which the violations occurred. As such, Tradesman had no opportunity to identify or abate the safety hazards that gave rise to the violations.

The Washington Supreme Court reversed the Court of Appeals decision in Laborworks, determining Laborworks was a liable employer for WISHA violations.  The Court found that while Strategic exerted control over the workers through assignments and supervision, the WISHA citations dealt with the provision of vaccinations, proper safety equipment, safety training, and medical recordkeeping, which all involved conditions within the control of Laborworks. In contrast to Tradesman, the Court characterized the Laborworks violations as being less related to the physical work site than the preparation of workers for their temporary assignments, which was the responsibility of Laborworks.

If you have any questions regarding the Tradesman case orders or its potential impact on employers, do not hesitate to give me a call at (503) 595-6114 or email me at .