Washington Proposed Premium Increases: What’s an Employer To Do? 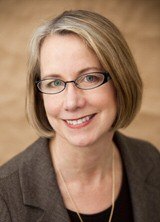 The good news is that Washington Legislature’s 2011 reforms are projected to reduce the state fund’s liabilities by almost $400 million. The bad news is that state fund premiums are expected to continue rising until the full benefits of the 2011 legislative reforms are realized. The predicted premium increases are staggering, estimated between 7.8% and 28.6%. This is partially due to the fact Washington has the highest pension rate in the nation. Workers who have been on time loss for over a year have a 1 in 5 chance of receiving a pension award.

An employer’s best strategy for avoiding a pension award is to keep an injured worker at modified or light duty whenever possible.  Employers can reap immediate benefits on any disabling claim by implementing the Stay At Work Program which became effective June 15, 2011. This program provides wage subsidies and job modification resources of up to 50% of the base wage for up to 66 days (capped at $10,000), up to $1,000 for training, up to $2,500 for tools and up to $400 for clothing needed to place the injured worker in a light or modified duty position.  http://www.lni.wa.gov/ClaimsIns/Insurance/Injury/StayAtWork/default.asp.