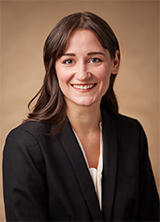 On November 22, 2022, the Department of Labor & Industries filed a Notice of Proposed Rulemaking seeking to amend WAC 296-14-300 to clarify coverage of posttraumatic stress disorder (PTSD) under workers’ compensation law in Washington state.

WAC 296-14-300 currently excludes mental health conditions caused by stress and repeated exposure to traumatic events, such as PTSD, from coverage as an occupational disease.  The proposed change to WAC 296-14-300 (found here) would add two provisions to the rule.

First, the proposed rule would add a presumption that PTSD is an occupational disease for certain firefighters and law enforcement officers, as provided by RCW 51.08.142 and 51.32.185.   This change is intended to implement legislation passed in 2018 (SSB 6214), creating an exception for first responders.   This means if a firefighter or law enforcement officer who meets the criteria files a claim for PTSD, it is presumed to be an occupational disease unless the employer proves otherwise.

Second, the proposed rule would also add language stating PTSD may be considered an occupational disease for “public safety telecommunicators.”  As defined in RCW 51.08.142, “public safety telecommunicators” include workers “who receive and respond to telephone or other electronic requests for emergency assistance, such as law enforcement, fire, and medical services, and dispatch appropriate emergency responders.”  This change is intended to implement legislation passed in 2020 (SHB 2758), expanding the class of jobs allowed to file occupational disease claims for PTSD.  Importantly, this does not entitle workers within this class to a presumption that PTSD is an occupational disease.  Instead, it carves out an exception to existing law specifying that mental stress claims do not fall within the definition of occupational disease.

The Department is currently soliciting comments on the proposed rule and has scheduled a virtual public hearing on January 13, 2022 at 9:00 am.  Employers, insurers, or administrators who are interested in attending the hearing or providing oral comments are encouraged to attend via Zoom or phone:

Written comments may also be submitted by email to no later than January 13, 2022 at 5:00 pm.  The proposed rule changes are currently scheduled for adoption on March 21, 2023, with an anticipated effective date of April 21, 2023.

If you have any questions about the proposed rule or would like to discuss providing written or oral testimony for the hearing, please feel free to contact our office. You can call (971) 867-2730 or email me at .