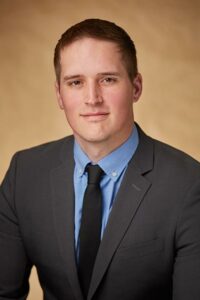 As Northwest summers get hotter and drier, state agencies have been forced to adapt to changing circumstances. Following the heatwave in June, both Oregon and Washington adapted rules regarding outdoor workers in high temperatures. Now the Department of Labor and Industries in Washington has published an emergency rule to protect workers exposed to wildfire smoke.

The emergency rule was issued with the record-breaking wildfires of 2020 in the rearview mirror and in advance of what is anticipated to be another severe wildfire season. The Department published findings suggesting workers are exposed to hazardous levels of chemical exposure when working in heightened levels of smoke outdoors for over an hour. Wildfire smoke is composed primarily of particulate matter with an aerodynamic diameter less than 2.5 micrometers (PM 2.5), inhalation of which has been proven to be a major carcinogen and can lead to serious long-term health consequences.

The Department has been planning on rolling out a permanent rule since late 2020. However, the recent announcement suggests the process was not completed in time to create protections for the 2021 wildfire season. The emergency rule is being promulgated under the Department’s authority to act when imminent worker safety is at stake. The Department plans to continue developing a permanent rule.

Employers who engage primarily in outdoor work will be impacted by the new rule. Employers who operate buildings which must remain at least partially open for extended periods of time (such as warehouses with open bay doors) would likely be considered outdoor work. Most other indoor workplaces are exempt, as are employees who work in enclosed vehicles or who would be exposed to outdoor air for less than one hour. Wildland firefighters are also exempt as the nature of their job requires flexibility around wildfire smoke.

For covered worksites, employers will need to determine the PM2.5 levels at their worksites, either by checking air quality levels for the area posted by an official source (such as the EPA Air Quality Index, or AQI) or by directly measuring PM2.5 levels.  When PM2.5 concentration reaches levels of 55.5 µg/m3 (equivalent to AQI of 151), the employer will be required to notify employees, supply respiratory protection, and implement administrative and engineering controls. Employers will also be required to monitor for and provide care for medical problems caused by inhalation of excess smoke.

Even at less hazardous levels, covered employers must take steps to mitigate employee exposure to smoke. Supervisors and staff must receive training if the employer reasonably expects they will be exposed to 20.5 µg/m3 (equivalent to AQI of 69). This is similar to planning requirements in other rules, where the employer must demonstrate awareness of the heightened risks of their workplace and training steps to mitigate employee risk.

As an emergency rule, the Department bypassed the notice and comment period. However, the Department’s published rule indicates it intends to pass a permanent rule through the normal process. California is currently the only state with a permanent rule regulating exposure to wildfire smoke (though Oregon is also working on a rule). If the Washington rule follows California’s lead, respiratory aid use will be mandatory for all employees at extreme hazard levels (500 µg/m3 or an AQI of 500 or greater in California). There may be additional mandatory administrative or engineering measures for extreme exposure anticipated in the permanent rule.

As with past emergency rules, the practice developed through implementation will likely inform the permanent rule. The Department is encouraging employers with outdoor operations to continue to engage in the permanent rulemaking process and offer comments when possible. In the meantime, if you have questions or concerns about the new rule and what precautions are required, please do not hesitate to contact me at  or 971-867-2718.