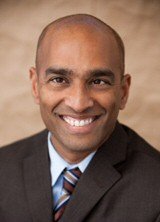 On June 24, 2013 the US Supreme Court issued 2 decisions dealing with Title VII cases.  Both cases were decided by a divided 5-4 court and were decidedly ‘employer friendly’.  Somewhat predictably, the same 5 conservative justices were in the majority on both cases.  The Supreme Court accepted review of these two cases to clarify the law and resolve the conflict between the different legal interpretations being followed by different circuits.

In the first case, the US Supreme Court ruled that Title VII retaliation claims must be proved according to traditional principles of ‘but-for’ causation, not the lesser ‘motivating factor’ test that applies to status based discrimination.  This requires proof that the unlawful retaliation would not have occurred in the absence of the alleged wrongful action or actions of the employer.  University of Tex. Southwestern Medical Center v. Nassar  (June 24, 2013).  Plaintiff alleged that his supervisor constructively discharged him and, separately that after he complained of the treatment, upper management retaliated against him.  The 5th circuit that found insufficient evidence to support the constructive discharge claim against the supervisor but that there was sufficient evidence that retaliation was a motivating factor in upper managements actions.  The Supreme Court reversed the lower court’s decision on the retaliation claim.  The ‘but-for’ standard is also sometimes known as the ‘because of’ standard and is a harder standard for plaintiff’s to meet than the ‘motivating factor’ test.

The Court’s opinion contains an interesting observation that should give employer’s comfort that the Court is aware of the challenges employers face in this arena.   “This [issue] is of particular significance because claims of retaliation are being made with ever-increasing frequency. The number of these claims filed with the Equal Employment Opportunity Commission (EEOC) has nearly doubled in the past 15 years—from just over 16,000 in 1997 to over 31,000 in 2012. EEOC, Charge Statistics FY 1997 Through FY 2012, http://www.eeoc.gov/eeoc/statistics/enforcement/charges.cfm (as visited June 20, 2013, and available in Clerk of Court’s case file).  * * *  In addition lessening the causation standard could also contribute to the filing of frivolous claims, which would siphon resources from efforts by employer, administrative agencies, and courts to combat workplace harassment.”

The second decision of interest, concludes that a supervisor is an individual authorized “to under- take or recommend tangible employment decisions affect- ing the employee,” including “hiring, firing, promoting, demoting, and reassigning the employee”.  Maetta Vance v. Ball State University (June 24, 2013).   The court took the significant step of striking from the EEOC’s definition of “supervisor” an individual who is only “authorized to direct the employee’s daily work activities.”

The court noted that employees that have the authority to control a person’s daily work have some authority granted by the employer but that “something more” is required in order to warrant vicarious liability.  In these instances, the Court concluded, the negligence standard is more appropriate for evaluating an employer’s liability.  Under this standard the employer is negligent if plaintiff proves it knew or should have known of the conduct but failed to take appropriate corrective action.  In this race discrimination case, plaintiff alleged the harasser blocked her on an elevator, was rude and gave her weird looks.  The alleged harasser had some ability to control plaintiff’s day to day activities.  The court noted the employer was not negligent as to the alleged harasser’s conduct.  If the individual had been deemed a supervisor then the employer would have had the burden to establish, as an affirmative defense, that it exercised reasonable care to prevent and correct any harassing behavior and that plaintiff failed to take advantage of the preventative or corrective opportunities provided.

This decision is important as the 9th circuit had utilized the more liberal standard found in the EEOC guidelines.  Thus, an employer can limit potential liability by making sure there are clear job descriptions that confirm whether certain supervisor or lead employers actually have the authority to take tangible employment action.  However, the ultimate responsibility remains on the employers to appropriately respond to discriminatory conduct that it is aware of or should be aware of.

Please e-mail me with any questions: