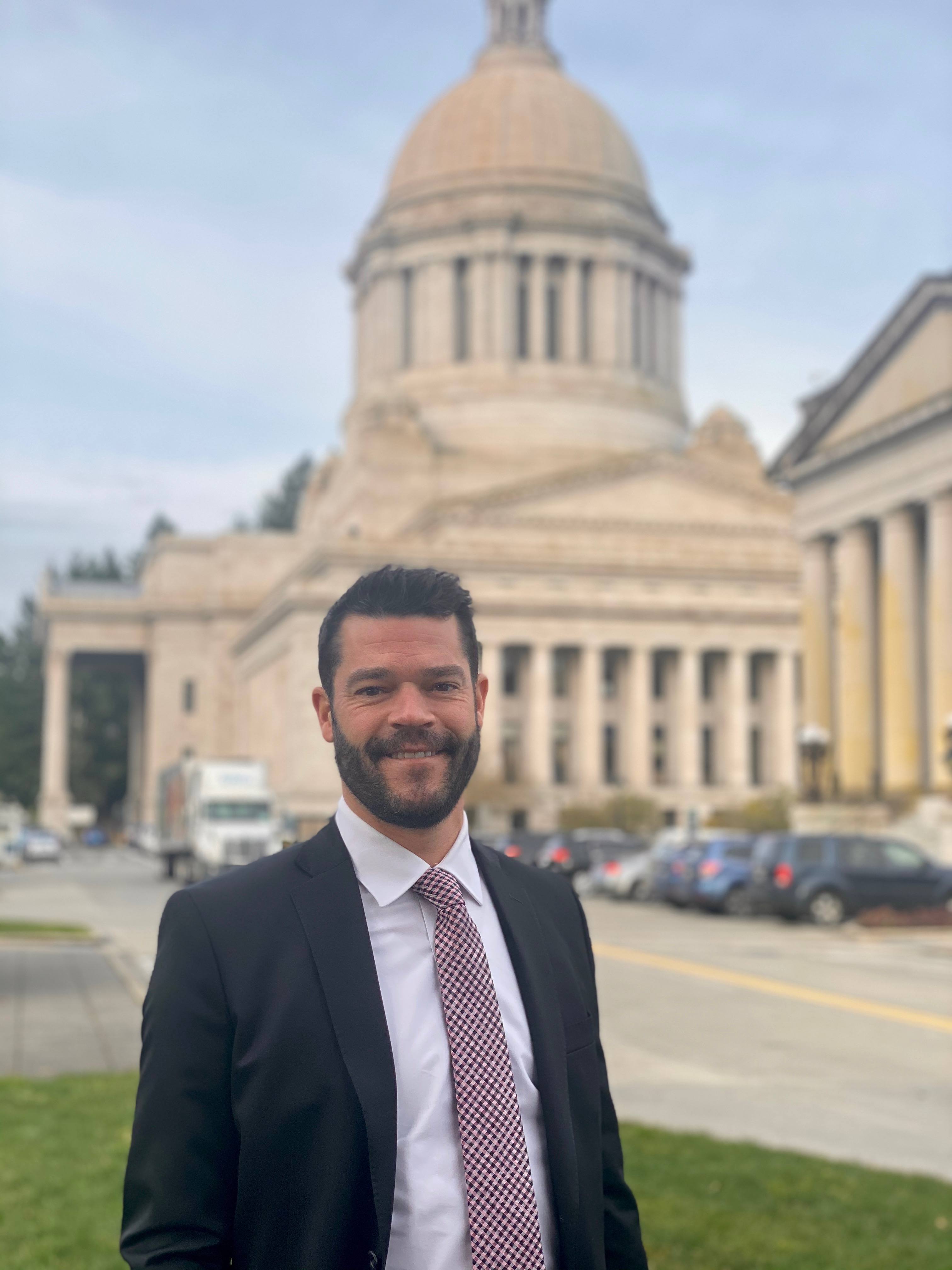 Attorney Aaron Bass testified on behalf of Washington Self-Insurers Association in opposition to SHB 2409. The bill not only increases the penalty amounts, it imposes a new vague “fair conduct” standard and includes a “per occurrence” multiplier on self-insurance penalties. Attorney Bass used his time to point out the grossly punitive and concerning language in Section 2 of the proposed bill. The bill would entitle claimants a penalty each time benefits were unreasonably delayed. Rather assessing a penalty of $500 or 25% of the aggregate amount of delayed or unpaid benefits, the proposed bill provides a maximum $1,700 penalty for each act of unreasonable delay.

The consequence of a “per occurrence” penalty is catastrophic and extremely punitive. Attorney Bass outlined a case example for the senate committee and explained that a $100 per month underpayment over the course of 18 months would result in a $61,200 penalty. Each payment made twice a month over the course of 18 months would be considered an occurrence for which a $1,700 penalty would be awarded. A $61,200 penalty is grossly disproportionate to what amounts to $1,800 in underpaid benefits.

Attorney Bass also noted the new bill does not address any deficiencies in the current language. Based on research collected, there are approximately 475 penalty requests per year out of the hundreds of thousands of benefits transactions. The Department of Labor & Industries denied more than half of the 475 requests. Further, data and audits of self-insured employers show they are just as likely to overpay on benefits as underpay – most often small amounts that would not warrant a $1,700 per occurrence penalty. In short, the new bill is aimed to address a “problem” that does not exist – it is simply to punish self-insured employers.

While penalties can be an appropriate to enforce accurate claim processing, Attorney Bass presented to the Committee that penalties should be commensurate with the processing error rather than being an unwarranted penalization against self-insured employers.

SHB 2409 already passed the Washington House and has moved on to Senate Committee. Once the bill is vetted in Committee it may be moved to the Senate floor for vote. If it passes the Senate, it will move to Governor Inslee’s desk for signature. We are hopeful the Senate committee will consider Attorney Bass’s testimony as well as the numerous other groups opposed to the bill and revise or strike the overly punitive bill.  Stayed tuned for more information on SHB 2409.

Attorney Bass’ testimony on this issue and other issues facing self-insured employers is extremely important. Often, these laws are made with little to no input from employers and self-insured employers. This leaves our lawmakers with little information regarding how the changes affect employers across the state. If you ever have any questions regarding how SBH can represent your interests in front of the state legislature, please do not hesitate to contact Attorney Bass at 503-412-3119 or . 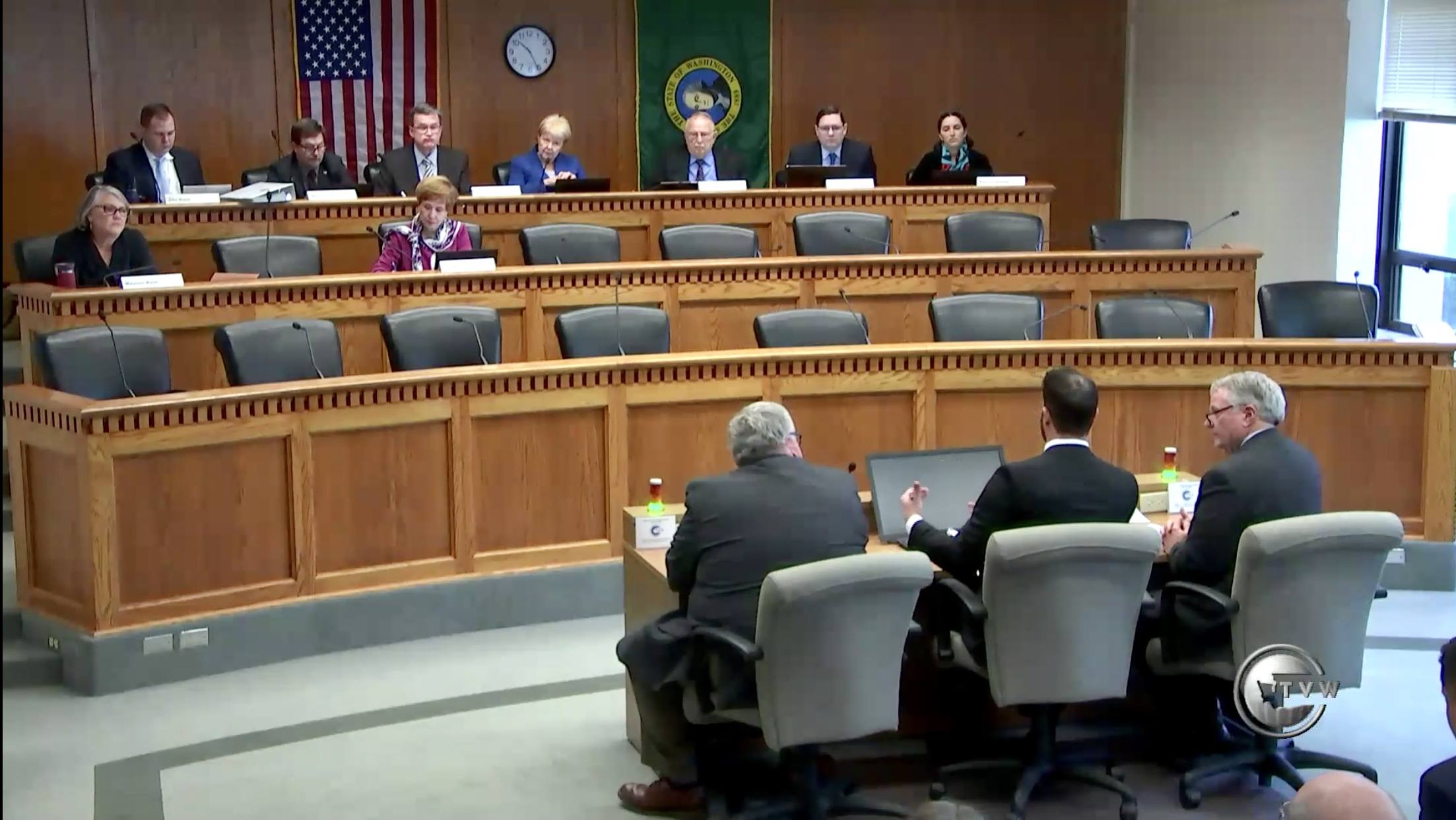