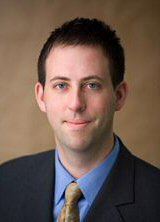 This morning, Michael Wood, the Administrator of Oregon OSHA, convened an “informal gathering” of employers and other stake holders to discuss whether a rule is needed to “help clarify the issue of employer knowledge” when a serious safety violation is issued.  The meeting was well attended by various construction trades, private and public entities. Many employers were concerned OSHA had already drafted a rule and was only convening these meetings as “window dressing.”  Mr. Wood stated there was no formal rulemaking proposal at this time.  Assuming rulemaking goes forward following a series of public forums, Oregon OSHA anticipates a stakeholder advisory group will be assembled in February 2013 with a formal rulemaking proposal occurring some time after that date.

At the onset of the meeting, Mr. Wood attempted to explain why Oregon OSHA believes a new rule is necessary.  OSHA believes a recent Oregon Court of Appeals decision – OSHA v. CC & L Roofing Co. (February 8, 2012) encourages employers to unreasonably hide behind supervisor misconduct to escape liability for serious safety violations.  Mr. Wood used the term “flood gates” several times to voice his concern about employers trumpeting supervisor misconduct to avoid liability.  Mr. Wood’s explanation led many in the room to comment his fears were not substantiated.  The CC & L case deserves a closer look to see if OSHA’s concerns have merit.

CC & L was cited for a serious violation after an OR-OSHA compliance officer saw two employees, Bryum and Tatum, working more than 10 feet above the ground without using fall protection equipment. Tatum was the “lead man” on the job.  The inspector determined the employer had no actual knowledge of the violation.  However, OSHA determined the employer had constructive knowledge because as the lead man, Tatum’s violation of the safety rule, as well as his allowance of Byrum’s violation, could be imputed to CC & L.  The inspector issued a citation for violation of safety standards involving the use of fall protection.  The employer appealed and argued it adequately trained Tatum and should not be liable for his misconduct in failing to comply with its safety program.

The ALJ found that Byrum and Tatum had been exposed to a significant hazard as a result of not having used adequate fall protection equipment.  The ALJ found, however, that OR-OSHA had failed to establish that CC & L had actual knowledge of the violation.  The ALJ further found that CC & L had done everything it could to supply, train, and prepare its employees to work in compliance with  OSHA’s rules and had exercised reasonable diligence to ensure that its workers adhered to company policy and OR-OSHA rules regarding fall protection.

On appeal, OR-OSHA agreed evidence of supervisor misconduct may be offered to prevent an employer from being held responsible for a safety violation.  However, OR-OSHA contended that, under a correct view of the law, evidence of supervisor misconduct is not considered in the determination of whether the employer had constructive knowledge; rather, the employer may offer the evidence as an “affirmative defense” to the employer’s liability.  Ultimately, the Court disagreed with OSHA and concluded it has the burden of proof to show constructive knowledge and there was substantial evidence to support the judge’s finding the employer had done everything it could to prepare its employees to work in compliance with the rules.

Interestingly, OSHA does not appear to be contemplating a rule in which it seeks to overturn the CC & L case by establishing supervisor misconduct as an affirmative defense.  This would be something for the Oregon Legislature to tackle.  What does OSHA want to do?  Does it want a rule which seeks to enumerate a specific reasonableness standard when it comes to employers training and monitoring its supervisors?  Many in attendance questioned whether such a reasonableness standard was possible and worth pursuing.

From my perspective as attorney who represents employers in OSHA investigations and penalty enforcement cases, a new rule is unnecessary.  A rule seeking to define reasonableness is bound to fail. To the extent there is an issue concerning supervisor misconduct, administrative law judges are equipped to address whether an employer acted reasonably.

OSHA is convening another meeting on November 15th in Salem.  The scope and purpose of this meeting will likely be very similar to the meeting it held today.  It will give employers an opportunity to voice concerns over a potential new rule concerning employer knowledge.  After this meeting, OSHA will likely provide an update on where it is heading with a new rule.  My hope, and the hope of many employers, is that they stop with the rule making process.  A new rule is likely a solution in search of a problem.

If you have any questions about this issue or any other OSHA issued please call or email me.