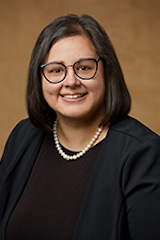 Last October, SBH attorney Anna McFaul wrote a blog covering the Dancingbear v. SAIF decision issued by the Oregon Court of Appeals. As you likely recall, the Court of Appeals ultimately determined that a worker’s attorney can be awarded an assessed fee under ORS 656.383(1) when that attorney obtains additional temporary disability compensation following reconsideration proceedings. The Court determined that awarding attorney fees under ORS 656.383(1) and ORS 656.268(6)(c) in the same reconsideration matter would not be inappropriate or duplicative because those statutes each address a different kind of attorney fee (e.g, assessed fee vs. out of compensation fee).

Since the Dancingbear decision came out, the Workers’ Compensation Division (WCD) has been working to create administrative rules that reflect the court’s ultimate holding. The initial proposed draft of the rule was published for public comment in March 2022. The WCD created a matrix upon which to calculate a reasonable attorney fee if the order on reconsideration modified an award of temporary disability benefits. The WCD also outlined the specific criteria that would need to be met in order for an attorney fee to be awarded under ORS 656.383(1) and the new proposed rule OAR 436-001-0438. The claimants’ bar pushed back on WCD’s proposed rule, arguing that the matrix and criteria for determining a “reasonable attorney fee” would not actually accomplish this because there was too much discretion for the insurer to determine the amount of the attorney fee. The claimants’ bar asserted that the Director had authority and jurisdiction over reconsideration proceedings and there should be a fee schedule for insurers to follow in assessing attorney fees under this rule. Another point of contention for the claimants’ bar was the ability to dispute the amount of a “reasonable attorney fee” calculated by the insurer. Claimants’ attorneys either wanted the ability to provide input or comment, or the ability to request a hearing that would allow them to submit additional evidence on the issue.

Following the March hearing, WCD revised the proposed rule and is now seeking public comment to the changes – more specifically, the WCD has requested public comment from insurers/administrators as to whether other options should be considered to achieve the rule’s “substantial goals.” Below is a summary of the major changes to the proposed rule:

A hearing is set for June 16, 2022 at 11:00 a.m. in Salem; however, a Zoom link (passcode 431059) is also available for those who cannot attend the hearing in person. WCD is also accepting written comments from the public until June 22, 2022. SBH highly encourages all interested insurers/administrators/employers to provide testimony at the hearing or submit written comments for WCD’s consideration.

If you have any questions about the proposed rule or would like to discuss providing written or oral testimony for the hearing, please feel free to contact our office. You can call 503-412-3111 or email me at .