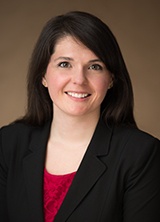 The Act was passed in the 2019 legislature and governs activity after September 29, 2019. However, employers are not required to implement the anti-harassment and discrimination policies discussed below until October 2020.

Employers entering into settlement agreements will want to ensure there are no accusations of harassment or discrimination before finalizing settlement paperwork. It is important to note that this only applies to employees alleging harassment or discrimination. If the employer is entering into a settlement agreement without such allegations, the employer may still include nondisclosure, non-disparagement, and no-rehire provisions.

Negotiating settlement agreements with employees alleging harassment or discrimination will certainly be somewhat different under this new act. Employers tend to find value in nondisclosure agreements as it keeps their name out of the media. Employers will need to weigh this interest against avoiding litigation or continued litigation.

Employers must also adopt a written anti-harassment and discrimination policy. The Act requires the policy include a process for employees to report prohibited conduct, identify the person to whom employees can report prohibited conduct as well as a backup, include the statute of limitations period for an employee’s right of action for alleging unlawful harassment and discrimination, a statement that the employer cannot require an employee to enter into a nondisclosure or non-disparagement agreement, including a definition of those terms, a statement that an employee may request to enter an agreement with those provisions, and finally, a statement that advises employees to document any incidents involving harassing or discriminatory behavior.

The Oregon Bureau of Labor and Industries will be issuing example policies summer 2020. While waiting for the BOLI examples, employers should review the policies that are in place and ensure they are being followed.

If you have any questions regarding the Oregon Workplace Fairness Act or how it impacts your business, contact me at .