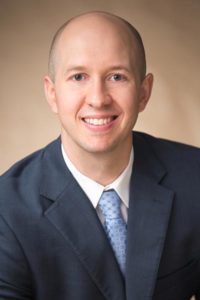 Combined condition processing incorporates considerations and complexities not common to most initial injury or occupational disease claims. That notwithstanding, it can be a useful tool in order to close a claim you may struggle to close otherwise, and it may be the only basis to support a reasonable denial of a condition or claim that you would be relegated to accept otherwise. Similarly, defending combined condition denials can be a difficult task, not the least of which due to what feels like the ALJs’, Board’s, and Court’s general disfavor for combined condition denials.

However, on September 1, 2021, in Sexton v. Sky Lakes Medical Center, 314 Or App 185 (2021), the Oregon Court of Appeals issued a favorable ruling for Oregon employers/insurers/administrators, when it upheld the employer’s partial denial of a new/omitted condition, without requiring that the employer first accept the “otherwise compensable” new/omitted condition.

In this case, claimant had a history of low back injury and medical treatment which predated the work injury. The prior history included an MRI study that showed “L3-4 and L4-5 disc herniations.” Claimant then sustained this compensable work injury in April 2015, which the employer accepted for a left hip contusion. A subsequent lumbar spine MRI showed, among other findings, ongoing disc pathology at L4-5, and claimant requested that the scope of claim acceptance be expanded to include multiple new/omitted conditions, including an “L4-5 disc bulge.” The preponderance of medical opinion supported that the work injury was a material contributing cause of the L4-5 disc bulge’s resulting disability and need for treatment, but it also supported that the L4-5 disc bulge was part of a “combined condition” and the work injury was not the major contributing cause of the combined condition’s resulting disability or need for medical treatment. So, the employer issued a partial denial of the L4-5 disc bulge under a combined condition theory, and an ALJ and the Board affirmed that denial.

The Court disagreed, and it explained that ORS 656.005(7)(a)(B) contains no language requiring an employer to have previously accepted the “otherwise compensable” portion of a combined condition in order to deny a new/omitted condition under a combined condition theory. Specifically, the Court discussed that the legislature’s historical purpose of adopting the “major contributing cause” standard of proof was to apply to any claim for compensation related to preexisting, otherwise noncompensable conditions. So, the Court ruled that the employer was procedurally entitled to reject the preexisting condition; the Board had not erred in its affirmation of the partial denial under a combined condition theory; and it affirmed the Board’s Order on Review.