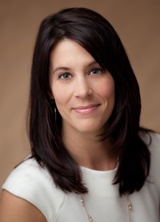 In a recent decision, Schultz v. SAIF Corp., A148840, the Court held that even where a worker is primarily motivated to attend a social event with a supervisor for work related reasons, injuries sustained from voluntary intoxication are not compensable.  In this case, claimant testified she accompanied her supervisor to a bar for drinks one night after work.  He had asked her (and others) out numerous times previously but she had declined all prior invitations and therefore felt obligated to accept in this instance.  Claimant wanted to be seen as a “team player.”  While at the bar, claimant drank to excess and drove herself home.  En route, she entered the freeway going the wrong direction resulting in a head on collision with another car.  Claimant’s injuries were severe and included quadriplegia.  She filed a workers’ compensation claim for her injuries.

The Court  affirmed the Board and denied compensability.  It held, although claimant may have been motivated to accompany her boss to the bar for employment reasons, her decision to drink to excess and drive herself home were personal.  Moreover, because the supervisor had not pressured or encouraged claimant to drink, becoming intoxicated was not itself a risk of employment.  In a win for employers, the Court rejected claimant’s arguments the intoxication and resulting injuries arose out of her employment.