Monkeypox is on the rise in the State of Washington. What does that mean for occupational disease claims? 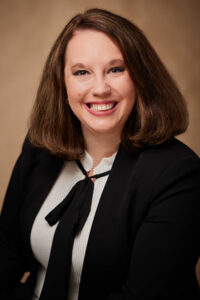 Is this the beginning of another global health crisis?

In the wake of the COVID-19 pandemic, the world is facing yet another global health crisis: monkeypox. On August 4, 2022, the White House declared monkeypox a public health emergency. Since that time, the United States has seen a new wave of cases spread across the country. As of September 12, 2022, the Center for Disease Control and Prevention (CDC) reports the United States has the highest number of monkeypox cases in the world with a total of 21,984 cases confirmed. In this article we will be exploring the potential effects of monkeypox on occupational disease claims within the State of Washington.

The State of Washington has not yet declared monkeypox a statewide public health emergency. However, on August 12, 2022, Governor Jay Inslee issued a directive to the Washington State Department of Health to take appropriate actions to monitor, treat, and prevent the spread of monkeypox. Governor Inslee called the disease an “evolving serious public health concern.” As of August 19, 2022, King County, the most populous county in Washington, declared monkeypox a public health emergency. Over the past month, the State of Washington has seen a significant increase in monkeypox cases, with the total number of confirmed cases starting around 123 at the beginning of August and now totaling around 506 cases confirmed statewide.

What are the implications for workers’ compensation claims involving occupational disease in the State of Washington?

As the public continues to learn more about the transmission and contraction of monkeypox, there is sure to be some confusion on whether Washington’s COVID era laws will apply to monkeypox based solely on the perceived difference in the way in which these two diseases are spread. Notably, the SB 5190 for health care workers contains no limitation on the method of transmission of the contagious or infectious disease. By contrast, SB 5115 for frontline workers is limited to diseases “that are transmitted through respiratory droplets or aerosols, or through contact with contaminated surfaces.”

Per the CDC’s report, known methods of transmitting monkeypox include the following: (1) close skin-to-skin contact, (2) contact with monkeypox rash, scabs, or body fluids from a person with monkeypox, (3) touching objects, fabrics (examples: clothing, bedding, or towels), and surfaces that have been used by someone with monkeypox, (4) contact with respiratory secretions, and (5) prolonged face-to-face contact. Many of the listed methods of transmission mirror transmission seen in COVID-19 cases and they incorporate the qualifying methods of transmission required under SB 5115, specifically respiratory secretions and contact with contaminated surfaces. Given this information, workers could be assumed to contract monkeypox in a variety of ways in the course of their employment, including routine activities involved in patient care within a health care setting, such as a hospital or clinic. As such, employers should plan for a possible rise in occupational disease claims involving reported exposures and transmissions of monkeypox within an occupational environment. This issue is especially salient for healthcare employers who have already seen a rise in occupational disease claims resulting from workplace exposures to COVID-19.

If you have any questions regarding the potential effects of monkeypox on occupational disease claims in Washington, please feel free to contact me at or (503) 595-6106.