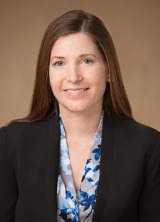 In early March, the Washington Department of Labor of Industries announced a moratorium on approval of new vocational plans that include retraining by Office Careers. The move by L&I followed a three-part investigative series aired by King 5 which was highly critical of the Renton-based school, contending it did not provide adequate training to injured workers to prepare them to re-enter the workforce.

The King 5 series spurred an investigation by the Washington Workforce Board, but even before the series aired, L&I had started its own audit of Office Careers. As an unaccredited school approved by L&I to offer vocational retraining, Office Careers has been a frequent target of plaintiff’s attorneys. However, its basic office skills classes, in areas such as medical billing and accounting, have also filled a vocational need. The online format makes the program accessible to claimants who live in rural areas, and those want or need to attend classes from home.

L&I has been trying to answer that question, making efforts to contact every self-insured employers with an active Office Careers retraining plan. L&I has also offered some guidance for vocational counselors with these plans, including recommending that they assess “objective evidence” of skills acquired by claimants in these plans, and to analyze whether these skills are usable in the labor market for the goal occupation. L&I has advised that this information should be used to determine whether the plan can continue, with or without modifications.

With no official directive from L&I, every plan is being handled on a case-by-case, but the guidance provided so far provides some insight into what steps can be taken to avoid a plan failure, or worse, rejection of the final SIVRF by L&I even after successful completion of an Office Careers retraining program. Hopefully, more clarification will be coming soon, after L&I completes its audit and determines whether the moratorium will be lifted or become final.

If you have questions or concerns about a claim in retraining through Office Careers, SBH is here to help. Please contact me at 503-595-6113 or , or another SBH attorney.