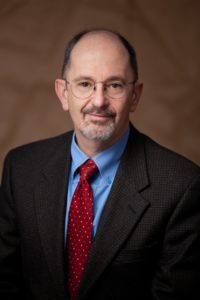 The Board and courts seem to have taken time off for vacation during the last several months.  The volume of new LHWCA cases is relatively low for this quarter.

In SSA Terminals & Homeport Insurance Co. v. Carrion and Director OWCP, 2016 WL 2731593 (9th Cir., 13-72929, 5/11/16), the court agreed a cumulative trauma claim filed in 2008 based on employment ending in 2002 was timely because claimant had no knowledge his employment contributed to his disability until receipt of an IME report discussing cumulative trauma.  Claimant injured his knee in 1987 when working for Matson.  When he returned to work SSA became his employer, and his knee continued to hurt.  He retired in 2002.  Matson stopped paying for claimant’s knee treatment in 2006.  It also scheduled an IME with Dr. Stark, who discussed the concept of cumulative trauma (presumably because Matson hoped to shift responsibility to SSA, the last employer).  In 2008, after receiving this report, claimant filed a cumulative trauma claim against Matson and SSA.  The claim was timely (within one year of knowledge) cause claimant did not know the full character, extent, and impact of the harm done to him by continued employment until he received Dr. Stark’s report.  His ongoing treatment and pain alone was insufficient to establish knowledge of cumulative trauma.

In the same decision claimant had been told he eventually would need total knee replacement surgery, but surgery had not never been scheduled.  The ALJ concluded claimant’s disability was temporary.  The Court disagreed.  A disability becomes permanent if claimant reaches maximum medical improvement by either healing to the full extent possible or when the disability has continued for a lengthy period and appeared to be of lasting or indefinite duration.  In this claim, claimant might not have surgery because he could develop other medical conditions that would make surgery too risky, there might be advances in medicine that eliminated the need or surgery, or he might die before surgery is scheduled.  Therefore, claimant’s disability was permanent.  If, at a later date he needed surgery, his award could be modified due to a change of condition.

I will be speaking on recent caselaw at the DOL West Coast Symposium on Friday, September 16, 2016, at the San Francisco Federal building, 90 7th Street, Joint Auditorium B-040 – B-020.  I hope to see you there.

As always, please contact me if you have any questions about the cases or other LHWCA topics.