Is an injury in a parking lot compensable in Oregon? 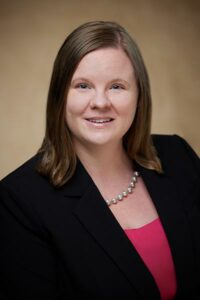 The Oregon Court of Appeals recently addressed the parking lot exception in detail in Bruntz-Ferguson v. Liberty Mutual Insurance, 310 Or App 618 (April 14, 2021). In the Bruntz-Ferguson case, the worker fell and was injured on an icy path as she approached her office building to begin her scheduled shift.  The lease agreement between the worker’s employer and the landlord of the office building included access to office space, parking spaces, and the common area.  The lease terms indicated a portion of the employer’s rent was to be used for common area maintenance to be conducted by the landlord.  Per the lease, the employer could request common area repairs and withhold rent if requested repairs were not timely completed.  The area where the injury occurred was designated as a common area by the lease agreement.

However, this is not the end of the inquiry to determine whether a parking lot claim is compensable.  While the “in the course of” aspect of the compensability inquiry assesses the time, place and circumstances of the injury, the “arises out of” employment prong must also be addressed.  The “arises out of” inquiry examines the causal connection between the injury sustained and the worker’s employment.  Even if the parking lot exception applies, the worker must still show that the injury arose out of their employment in order to prove a compensable injury.

For example, in the Noble case, a patient care coordinator sustained an injury while walking across a slippery employer-controlled parking lot to deposit a personal check.  Legacy Health Systems v. Noble, 283 P.3d 924, 250 Or App 596 (2012) (review denied 295 P.3d 640, 353 Or 127).  Although this injury occurred in an employer-controlled parking lot, the Court indicated that whether the injury “arose out of” Ms. Nobel’s employment must also be considered.  The evidence in that case revealed that Ms. Noble’s work activities were confined to the hospital building.  Ms. Noble did not park in the parking lot where the injury occurred, and the parking lot was not used by hospital personnel.  The Court concluded in Noble that the injury did not arise out of the worker’s employment because her personal errand through the lot was a risk of injury that neither her work nor her work environment exposed her to.

In the Bruntz-Ferguson case at hand, the Court noted the injury occurred on the typical ingress path into the office building.  The icy path was deemed a risk of the claimant’s work environment because the worker could not arrive at work without entering the building.  The Court concluded that the injury arose out of the worker’s employment and was therefore compensable.

The parking lot exception to the coming and going rule is a very factually specific determination with many nuances.  These types of claims require detailed investigation and skilled evidentiary assessment to build a strong defense.  If you have questions about the parking lot exception or any other Oregon workers’ compensation matters, please feel free to contact me at or 503-412-3101.