In re: Katherine Bard: A Tentatively Significant Board Decision 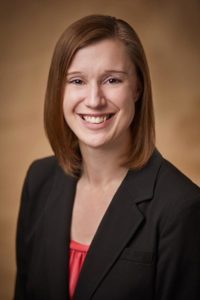 In this case, claimant injured her back while working as a nursing assistant and helping transfer a resident in a care facility. Her claim was allowed, and on November 18, 2013, the Department issued an order segregating lumbar disc degeneration as a condition unrelated to the claim. Ms. Bard did not protest this order nor a May 2014  closing order.

Ms. Bard applied to reopen her claim, which spurred litigation that culminated in a superior court judgment after which the Department reopened the claim with an effective reopening date of April 10, 2015. On August 6, 2019, as part of administering the claim, the Department issued an order that stated it “reconsidered” the November 2013 segregation order and that the order was correct and affirmed. Ms. Bard appealed this August 2019 order.

The Department moved for summary judgment, contending this issue had already been decided and therefore could not be revisited as the November 2013 order was a final and binding determination and the August 2019 order at issue involved the same claim/issue the prior order addressed (i.e. res judicata). As such, the Department argued, it had acted without authority when it issued the August 2019 order and that the order was a “mistake.” The hearings judge agreed with the Department and dismissed Ms. Bard’s appeal.

The Board, however, vacated the hearings judge’s Proposed Decision & Order. It determined that because the Department’s August 2019 order did not simply reiterate that as of November 18, 2013 Ms. Bard’s lumbar degenerative disc disease was unrelated but rather the order stated the condition continued to be unrelated, this was a new determination that could not be considered subject to res judicata. The Board cited In re Jorge Perez-Rodriguez, BIIA Dec. 06 18718 (2008) for the proposition that final and binding orders regarding a condition entitled to res judicata are limited to the date of that order, that res judicata does not apply to orders regarding aggravation of claimant’s conditions after the date of that order.

As such, res judicata barred Ms. Bard from relitigating whether she suffered lumbar disc degeneration related to the claim on or before May 12, 2014 as she did not timely challenge the November 2013 segregation order. However, Ms. Bard could litigate the issue of whether she suffered claim-related lumbar disc degeneration at any point between May 2014 and the Department’s August 2019 order. While the Board acknowledged this may be a difficult fact to prove by a preponderance of evidence, it determined Ms. Bard was entitled to pursue that issue and remanded the case for further proceedings.

This decision is likely under consideration as a significant decision because it broadly reads the Department’s August 2019 order despite the Department’s admission the order was beyond its authority to issue and a “mistake.” The Board determined that the Department’s wording that it had “reconsidered” the original segregation order and determined it was correct reasonably meant the Department considered claimant’s lumbar degenerative disc disorder as of the date of the August 2019 order, not as of the date of the original November 2013 order. That the Board rejected out of hand the argument that the August 2019 order affirmed that as of November 18, 2013, Ms. Bard’s lumbar degenerative disc disease was unrelated, stating it was not reasonable means employers should carefully read each order the Department issues. This also means protesting and/or requesting correction of orders to help make clear the issue or subject matter the order is intended to address. Failing to do so could extend the life of claims and/or expand a claim’s accepted conditions as was the case in Ms. Bard’s claim.

If you would like assistance or have questions regarding any Department orders and what the wording of an order could mean for a claim, please do not hesitate to give me a call at (503) 412-3117 or email me at .