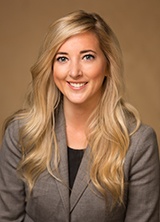 The proposed rule defines a non-compete clause as an agreement that prevents a worker from seeking or accepting future employment or opening their own business after ending their employment with their employer. Any form of agreement that has the effect of prohibiting workers from seeking or accepting new employment is also banned by the proposed rule. This includes broadly-drafted non-disclosure agreements or non-solicitation agreements which have the same effect as a non-compete.

The proposed non-compete ban would apply retroactively and would require employers to rescind all non-compete agreements no later than the rule’s compliance date (180 days after the final rule is published in the Federal Register). The rule requires employers to provide current and former workers with an individualized paper or digital communication within 45 days of rescinding the non-compete agreement explaining that “the worker’s non-compete clause is no longer in effect and may not be enforced against the worker.”

This proposed rule would supersede any state statute, regulation, order, or interpretation that is inconsistent with the provisions of the final rule except to the extent that they provide workers with greater protections.

Subsequently, the FTC will consider the comments received on the proposed rule and may make changes to the preliminary version before publishing a final rule. The rule would go into effect 180 days after the final rule is published and we may not see a final rule published until 2024.

Several legal challenges to the proposed rule have already been identified which may delay implementation if such rule survives. The dissenting member of the FTC already identified at least three grounds for possible legal challenge including (1) the FTC lacks authority to engage in “unfair methods of competition” rulemaking; (2) the FTC’s authority to promulgate the non-compete clause rule is susceptible to challenge under the major questions doctrine; and (3) if the FTC does possess such authority, it could be an impermissible delegation of legislative authority. In other words, even if the FTC reviews all the comments it receives and issues a final rule, such final rule will likely be tied up in the federal courts for years to come before it could become effective.

What Should Employers Do Now to Prepare?

While changes to this proposed rule over the next months are likely, implementation may be delayed in light of legal challenges and we are unsure if this rule will go into effect at all, this proposal is consistent with a growing trend in efforts to limit or ban the use of non-competes at the state level. In light of this, employers should take steps to identify and review existing policies and agreements that may be impacted if the proposed rule becomes final. Employers should begin exploring alternative methods to protect confidential and proprietary information and other legitimate business interests that don’t utilize a non-compete clause or agreement. If you have any questions regarding this potential ban or non-compete agreements, you can contact me at or 503-595-6112.