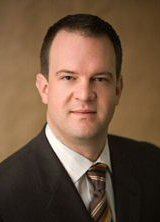 The Court of Appeals decided RJ Enterprises LLC of Oregon v. Department of Consumer and Business Services, February 27, 2013.  The employer sought review of a Department of Consumer and Business Services (DCBS) order upholding audit billings for workers’ compensation premiums for truck drivers.  It argued the drivers that delivered its products were independent contractors, as specified in the contract.  The Court disagreed.

The employer is a frozen meat distributing company which uses truck-drivers to deliver its products.  Although the drivers make their own schedules and delivery routes, they lease their trucks and are paid on a commission basis from the employer.  SAIF determined the drivers are “subject workers” not independent contractors.  An ALJ agreed.  DCBS affirmed and the Court of Appeals upheld the decision.

The Court focused on the employer’s right to direct and control the drivers.  It was not enough that the employer allowed the drivers some element of control and characterized drivers as independent contractors.  The employer furnished the majority of the equipment to the drivers, controlled what product the drivers sold, and put restrictions on the drivers’ road behavior.

Practice tip:  Employers seeking to employ independent contractors should avoid supplying equipment and must be willing to give up the right to direct and control.  The contract in this case meant little to the Court of Appeals.  However, the employer likely paid more under the contract than it would have paid if it accounted for the cost of workers’ compensation coverage.  By attempting to limit its premiums, the employer ultimately incurred the cost of paying “independent contractors” and workers’ compensation premiums.