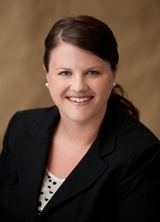 The Oregon Court of Appeals issued a decision yesterday addressing the “social or recreational activity” exclusion in ORS 656.005(7)(b)(B).  In U.S. Bank v. Diane Pohrman, the worker was on a paid break when she slipped and fell in the lobby of a building where her employer leased space on the sixth floor.  The worker was walking across the lobby toward a coffee shop and was talking with a friend with whom she planned to socialize during the break.  The employer denied the claim under the “social or recreational activity” exclusion and an ALJ upheld the denial.  The Board reversed and concluded the socializing with a friend on break was not the kind of “social or recreational activity” contemplated by the exclusion.  The Board also held the injury was within the course and scope of the worker’s employment.

On review, the Court of Appeals agreed with the Board that the worker’s break activity was not a “social or recreational activity” within the meaning of the statute.  The court explained the activity was “not purely social” because there was a work-related reason for it.  It was a mandatory, paid break at employer’s direction.

The court’s decision is consistent with prior decisions regarding the compensability of injuries suffered during paid breaks.  We anticipate this decision will be appealed to the Oregon Supreme Court.  Please do not hesitate to contact me with any questions about this case at or (503) 595-2139.