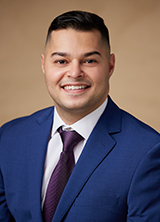 The Hanford Presumption was created in HB 1723 back in March of 2018. It created a presumption that certain diseases and conditions, enumerated in RCW 51.32.187, are considered occupationally related to Hanford site workers. The presumption applies to respiratory diseases, heart problems, cancer, beryllium sensitization, beryllium disease, and neurological disease. The presumption can be rebutted with “clear and convincing evidence.”

The Board of Industrial Insurance Appeals recently evaluated a motion to dismiss under Washington CR 41(b)(3) in a case involving the Hanford Presumption. In Re Tammie A. LaPlant involved a clerical worker at the Hanford site who filed for an occupational disease claim alleged she developed Wegener’s Granulomatosis, asthma, chronic obstructive pulmonary disorder, and/or chronic bronchitis due to her time spent working at Hanford. The Department of Labor and Industries allowed the claim, and the employer appealed the decision to the Board. Claimant moved to dismiss the employer’s appeal for failure to present a prima facie case under CR 41(b)(3). A prima facie case means the party making a claim must present substantial evidence which would convince an unprejudiced thinking mind of the truth of the issues on appeal. See In re William Morgan, Dckt. No. 91 3417 (January 14, 1993). When ruling on a motion to dismiss under CR 41(b)(3), the court accepts the non-moving party’s evidence as true and consider all evidence in the light most favorable to the non-moving party. Spring v. Dep’t of Labor & Indus., 96 Wn.2d 914 (1982).

The Board noted the intersection of “clear and convincing evidence,” “substantial evidence” and “reviewing evidence in the light most favorable to the non-moving party” created an issue of first impression. The Board relied heavily on the findings from Dr. Steven Simons, a board-certified internal medicine and pulmonary disease specialist, and Lawrence K. Yearsley, an industrial hygienist. Dr. Simons testified that Wegener’s Granulomatosis is not a respiratory disease because the primary cause is not respiratory; it is an autoimmune condition. He related claimant’s symptoms to her genetic predisposition to the development of Wegener’s Granulomatosis which was likely triggered by a preexisting staph infection. Dr. Simons also determined claimant did not have chronic obstructive pulmonary disorder, but instead suffered from chronic recurrent bronchial infections due to an unrelated sinus disease. Mr. Yearsley testified claimant worked at a building that was unlikely exposed to any chemicals or fumes from the nearby plant. He based this on weather modeling and radioactive monitoring. Based on the testimony from Dr. Simons and Mr. Yearsley, the Board determined the employer had enough evidence to survive claimant’s motion to dismiss and remanded the appeal for further proceedings.

This Board decision shows us the high bar of succeeding on a motion to dismiss under CR 41(b)(3). Even though the employer had its own high bar of showing claimant’s conditions were unrelated by clear and convincing evidence, the testimony produced was enough to meet that bar and also defeat claimant’s motion. Even for non-Hanford employers, this case shows how important it is to carefully choose experts and witnesses in litigation. Selecting the right individuals for your appeal can protect you from dispositive motions down the road. It is discouraging to spend significant time and money in preparation for an appeal, only to have it lost early by a motion to dismiss or motion for summary judgment. I recommended working with your attorney carefully to select the right witnesses and experts in any appeal. I also recommend investigating an expert’s history in previous litigation to evaluate his or her thoroughness and ability to effectively work with your attorney.

If you have any questions or concerns about handling presumption claims or defending dispositive motions, please feel free to contact me at (503) 412-3105 or .