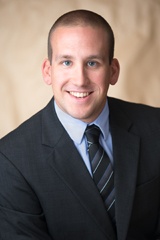 The WCD has published new administrative rules responding to two recent court cases (Brown v. SAIF, 262 Or App 640 (2014); Schleiss v. SAIF, 364 Or 637 (2013)).  The WCD initially proposed a broad-sweeping change that would link all claim benefits to the “work injury” instead of “accepted conditions.”  Based on the input received from many in the industry, the WCD approved these narrower changes.

While there are significant changes throughout the administrative rules, I highlighted the two major changes below.  These new rules govern any claim closed on or after March 1, 2015.

If the closing report does not contain sufficient information to determine whether a condition was “directly resulting from the work injury,” the WCD will rescind the closure.  OAR 436-030-0135(3).

In new/omitted condition claims, aggravation claims, or occupational disease claims, the closing exam, medically stationary status, and permanent impairment are all still based on the accepted conditions and direct medical sequela only.

The rules affect many divisions of the Workers’ Compensation OAR Chapter 436.  To see the revised language, please follow the links below.