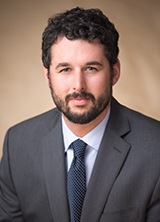 The Oregon Court of Appeals recently ruled that a claimant’s attorney is entitled to a fee when an insurer/self-insured employer rescinds a denial of authorization for medical services.  SAIF v. Bales, 274 Or App 700 (2015).  This means when a carrier denies authorization of medical treatment, rescinds the denial, and the worker’s attorney had anything to do with the rescission, the carrier will be responsible for an attorney fee.

In Bales, the worker had an accepted claim for a left medial meniscus tear.  The worker requested authorization to provide injections to treat left knee degenerative medial compartment arthritis.  SAIF denied authorization on the basis that the injections were not intended to treat the accepted condition.  The Medical Review Unit referred the matter to the Board.  The attending physician subsequently stated that the accepted meniscus tear accelerated the degenerative arthritis.  Claimant, through his attorney, requested acceptance of the degenerative arthritis as a new/omitted condition.  SAIF accepted the condition and authorized the injections.

When the denial came before the Hearings Division, the ALJ awarded the worker an insurer-paid attorney fee under ORS 656.386(1).  The ALJ’s Order was affirmed by the Board and appealed to the Court of Appeals.  The issue before the Court of Appeals was whether the ALJ correctly awarded a fee under ORS 656.386(1).  A claimant is entitled to recover an attorney fee under ORS 656.386(1) where (1) the case involves a denied claim, (2) the insurer/self-insured employer rescinds the denial, and (3) the worker’s attorney was instrumental in obtaining the rescission.  SAIF argued that the denial was never “rescinded.”  Rather, the treatment was authorized following acceptance of the degenerative arthritis condition.  The court disagreed and held that claimant’s attorney was entitled to a fee.  The court reasoned that refusing to authorize medical treatment constituted a “denial” under ORS 656.386(1) because the request for treatment pre-authorization is a “claim for compensation,” and SAIF’s refused to pay compensation.  The court further reasoned that SAIF’s subsequent pre-authorization of the requested treatment constituted a rescission of its previous denial.  The court dismissed SAIF’s argument that, because treatment was authorized after a new condition was accepted, the authorization denial was never rescinded.  Without citing Brown v. SAIF directly, the court noted a carrier must pay for treatment related to the “compensable injury.”  Finally, there was no dispute that the worker’s attorney had been instrumental in SAIF’s pre-authorization.  The court held because the worker’s attorney had assisted in rescinding the pre-authorization denial, the attorney was entitled to a fee.  Finally, the court upheld the ALJ’s attorney fee award of $3000.00 for rescission of the pre-authorization denial.

Here is a link to the full decision: