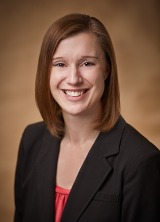 In some Washington workers’ compensation cases, a significant hurdle can be determining whether a condition in a worker’s claim resulted from an industrial injury or an occupational disease. While this distinction may not have a large impact on the administration and outcome of every claim, it can cause a significant impact on a worker’s entitlement to rights and an employer’s responsibility to provide benefits. The recent Board of Industrial Insurance Appeals decision currently identified as tentatively significant, In re Pedro C. Ceja, emphasizes the importance the industrial injury versus occupational disease distinction can make. Dckt Nos. 20 20396 & 20 20399 (May 16, 2022).

This case involved Pedro Ceja, a worker who slipped while cleaning a fruit tub, injuring his right knee on May 1, 2018. He sought treatment for what was diagnosed as bilateral knee strains, and the Department allowed the claim for an industrial injury. The allowance order was not protested or appealed by any party. Conservative treatment failed to improve his conditions, and he was diagnosed with bilateral knee osteoarthritis that his medical experts related to years of kneeling on concrete floors in his role as a sanitation worker. The Department issued an order denying responsibility for right knee osteoarthritis and issued another order closing the claim without a permanent partial disability award. Mr. Ceja appealed both orders, seeking allowance of his right knee osteoarthritis, time loss benefits, and further treatment. In the alternative, he sought a permanent partial disability award or a finding he was totally and permanently disabled.

At the Board hearing, Mr. Ceja’s medical expert, Dr. James Kopp, testified his bilateral knee strains had resolved and the industrial injury did not permanently aggravate his preexisting right knee degenerative joint disease. Dr. Kopp did testify, however, that Mr. Ceja’s bilateral knee osteoarthritis was due to years spent kneeling to perform sanitation work and would likely benefit from surgical intervention that, in turn, would prevent him from returning to sanitation work.

The Board affirmed both Department orders, finding Mr. Ceja failed to establish by a preponderance of evidence that the industrial injury did not proximately cause the conditions that may require additional treatment and permanent work restrictions.

Overall, the Board found that Mr. Ceja’s mechanism of injury demonstrated the very definition of an industrial injury, and the claim was allowed as such. Thus, while his bilateral knee osteoarthritis may have arisen due to the distinct conditions of his employment, the issue before the Board was whether his bilateral knee osteoarthritis was caused by the May 1, 2018 industrial injury. As Marley prevents rearguing the same claim once an order becomes final and binding and Mr. Ceja failed to protest or appeal the order allowing his claim as an industrial injury, he was thus barred from arguing conditions he believed should be allowed under the claim that resulted from an alleged occupational disease.

Lastly, this decision is also noteworthy as the Board noted that Mr. Ceja was not precluded from filing an occupational disease claim and thus providing the Department the ability to allow or deny his claim. This fact, it argued, distinguished the case from Weaver v. City of Everett, 192 Wn.2d 464 (2019), which the dissenting opinion argued prevented the Board from affirming the Department’s orders.

While this Board decision makes a point of overruling prior Board decisions that were not significant decisions, this decision is notable for requiring timely protests or appeals of allowance orders that may incorrectly identify a claim. As the dissent to this decision argues, this could prove difficult for unsophisticated and/or uneducated workers who are unlikely to understand the difference and possibly important differences between industrial injury and occupational disease claim. Though it is possible the practical effects of this decision may be limited to claims where workers do not have medical evidence supporting an aggravation to preexisting degenerative conditions, it could also prove to limit workers’ rights to benefits in situations like Mr. Ceja’s.

It also remains to be seen whether the Board’s note that Mr. Ceja was not barred from filing an occupational disease claim proves true considering the two-year statute of limitations remains to be seen – the opinion does not indicate when a medical professional first informed him in writing that he may have an occupational disease claim to determine whether that two-year time period had passed. RCW 51.28.055.

More broadly speaking, this decision indicates the Board remains committed to the distinguishing Maphet. By noting there was not enough evidence to show what the Department authorized and paid for in terms of treatment, the Board indicated its continued requirement of evidence beyond simple proof of payment to find conditions are accepted under the claim. Rather, the Board appears committed to its position that absent convincing medical testimony regarding causation, the Department and employers are not responsible for a condition due to the simple fact of paying for treatment. See In re Samuel Pena, BIIA Dec., 19 14287 (2021).

It remains a possibility that this decision will not become a significant Board decision. But this is definitely a decision employers should keep in mind when facing decisions about what conditions are or are not allowed under a claim and whether they fit the parameters of the claim as allowed (e.g., industrial injury versus occupational disease). If you have questions about whether a claim should be allowed as an industrial injury or occupational disease and/or whether evidence supports finding an alleged condition resulted from the claim as allowed, please do not hesitate to contact me at 503-412-3117 or

[1] Georgia-Pacific Plywood Co. itself found that the Industrial Insurance Act did not intend or require a worker to make a binding election as to the cause of their condition. 47 Wn.2d 893 (1955).