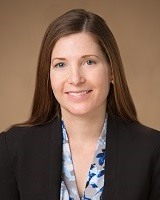 Self-insured employers in Washington should be aware that penalty amounts increase on September 1, 2020, as a result of HB 2409, passed earlier this year. The changes apply to several categories of penalties that the Department of Labor & Industries can impose, including penalties under RCW 51.48.017 for “unreasonably delaying or refusing to pay benefits” under a claim.

Previously, penalties under this statute were capped at $500 or 25 percent of the benefits delayed, whichever is greater.  Starting September 1, this amount increases to the greater of $1,000 or 25 percent. The new penalty amounts apply to new requests submitted on or after September 1, regardless of when the contended delay in benefits occurred.

The penalty amount for a rule violation under RCW 51.48.010 also goes up on  September 1, to a maximum penalty of $1,000 per violation.  Penalties assessed for rule violations are paid to Labor & Industries’ medical aid fund.  Penalties assessed for delayed benefits are paid to the injured worker. Thus, claimants’ attorneys usually seek penalties under RCW 51.48.017, contending delay or refusal to pay benefits, such as time loss, under a claim.

The Department of Labor & Industries recently updated its Claim Adjudications Guidelines to include a Penalty Matrix, outlining the time frames for payment of various claim benefits to avoid penalty exposure. This matrix can be found within the “Miscellaneous Claim Issues” section of the Guidelines.

While the Penalty Matrix is helpful as a guide to various statutory deadlines for paying benefits, it does not provide much help in answering the difficult question that often arises, which is how to avoid paying benefits on claims with conflicting medical evidence without risking penalty exposure.

The Board of Industrial Insurance Appeals has held that the test of whether an employer’s delay in paying benefits is “unreasonable” within the meaning of RCW 51.48.017, is “whether the employer had a genuine doubt from a medical or legal standpoint as to the liability for benefits.”  In re Frank Madrid, BIIA Dec., 86 0224-A (1987).

What is enough to show reasonable doubt is not black and white and is often litigated. However, claims administrators can minimize penalty exposure by following Department rules for claim notifications, promptly responding to treatment authorization requests, and acting timely to investigate liability for benefits, such as by obtaining an independent medical examination.