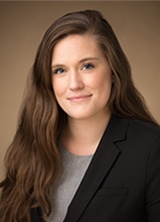 In April 2020, the Court of Appeals issued a significant decision regarding responsibility cases. In NAES Corporation v. SCI 3.2, Inc., 303 Or. App. 684 (2020), the issue was whether the Board erroneously focused on “probability” and not “possibility” of contribution in determining that claimant’s prior work exposure was the sole cause of his hearing loss such that the presumptively responsible employer could successfully shift its responsibility backwards.

Claimant worked as a boilermaker for various employers from 1966 through 2012 when he retired. At that time, he was working for NAES. Following his retirement, claimant worked seasonally for SCI fabricating parade floats from 2013 through 2016. This seasonal work involved sawing, welding, grinding, and hammering.

In 2014, claimant was diagnosed with bilateral, noise induced hearing loss. Claimant subsequently filed claims with both NAES and SCI. Both employers issued responsibility denials. At hearing, claimant’s expert opined his work as a boilermaker was the sole cause of claimant’s hearing loss and that his work with SCI had not contributed to the condition. On review, the Board determined it was medially probable that all of claimant’s occupational exposure related to his hearing loss occurred before claimant’s employment with SCI. As such, although SCI was the presumptively responsible employer under the last injurious exposure rule (LIER), the Board held SCI successfully shifted responsibility to NAES pursuant to Roseburg Forest Products v. Long, 325 Or 305, 313, (1997), because the evidence showed it was medically probable claimant’s work prior to his employment with SCI was the sole cause of his bilateral, noised induced hearing loss. In other words, the Board held SCI could shift responsibly to NAES under the “sole cause” prong of the Roseburg Forest test. NAES appealed the decision to the Court of Appeals challenging, among other issues, the Board’s legal conclusion that it was responsible for claimant’s occupational disease.

If you have any further questions about LIER and responsibility shifting, feel free to contact me at 503-595-6115 or