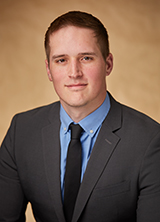 Employee or contractor? The classification of a worker can impact what benefits a worker is entitled to, and the trucking industry has often been at the forefront in the debate over classification. The Oregon Supreme Court recently held a restricted leasehold interest in a vehicle is insufficient to exempt a worker from workers’ compensation coverage.

The Oregon workers’ compensation system covers “subject workers,” a broadly defined term with several important carveouts. ORS 656.027(15) specifies a person with an “ownership or leasehold stake in equipment and who furnishes, maintains, or operates the equipment” is not a subject worker. The statute specifically lists owners and operators of commercial trucks to be potentially exempt from coverage.

In SAIF v. Ward, 369 Or 384 (2022), the Supreme Court considered the case of a trucker who leased and operated a vehicle for the exclusive use of hauling goods for his employer. The worker was injured in a car accident and filed for workers’ compensation benefits. SAIF initially denied the claim, relying on the exemption for leaseholders under ORS 656.027(15). But the Board reversed the denial and determined the worker did not have a sufficient interest to trigger the statutory exemption because he was unable to “furnish” the vehicle by leasing it out himself. SAIF appealed the decision, which was affirmed by the Court of Appeals, before appealing again to the Supreme Court.

Before the Supreme Court, SAIF argued the Court of Appeals had improperly expanded the scope of the statutory exemption by requiring a leaseholder be able to transfer their interest to fit the exemption. Ultimately, the Supreme Court affirmed the Court of Appeals and held the leaseholder exemption requires the lessee to be able to furnish, maintain, or operate the equipment in some manner other than what the lessor (the employer) directly mandated.

While the direct application of this holding is to other leaseholder exemption claims, the broader principle implicates an important step in determining whether a worker is exempt from workers’ compensation coverage. As in many employment cases, the extent and manner of the employer’s control over the worker’s actions will likely determine whether the worker is exempt. This can be a highly fact determinate analysis; it is easy to imagine a variety of scenarios in which the worker in SAIF v. Ward might have fallen under the exemption.

Have questions as to whether a worker is a “subject worker” for purposes of workers’ compensation coverage? Please do not hesitate to contact me at 971-867-2718 or .