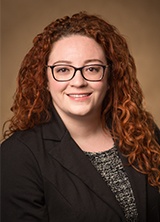 On August 19, 2020, the Ninth Circuit issued an opinion finding Washington was not in violation of federal law when it implemented HB 1723, also known as the “Hanford Presumption”.   HB 1723 was signed into law in March 2018 and created a presumption that certain illness or conditions diagnosed in workers within the 560 square mile Hanford site was a compensable occupational disease. HB 1723 was designed to create a presumption for workers that chemical and radiological exposures at Hanford are the proximate cause of many respiratory illnesses, multiple types of cancer, and certain neurological and cardiac diseases.

The presumption applies to any worker, including contractors or subcontractors, who work on the Hanford site for as little as one 8-hour shift. It applies for the lifetime of a worker and to survivors of a worker who later dies as a result of a condition covered by the presumption. In addition, workers whose claims were previously denied by the Department of Labor and Industries, Board of Industrial Appeals or state court are entitled to file a new claim under the presumption law.

In June, the federal government argued in the Eastern District Court of Washington that the law was unconstitutional because the state did not have the authority to regulate federal operations or property such as the Hanford site. The District Court disagreed and held a congressional waiver of immunity authorizing states to apply their own workers compensation laws to “all” federal projects applied to the Hanford site as well. The federal government appealed the ruling and in the August 2020 decision, the Ninth Circuit affirmed the district court and held Washington was authorized to apply its workers’ compensation laws to federal land within the state “without limitations.”

Although the Hanford Presumption and the Ninth Circuit decision is limited to specific self-insured employer, the subject areas outlined in the case, the tactics used by proponents of the presumption and the various legal concepts discussed by the courts provide a glimpse of what is likely to come as presumption laws expand in Washington to cover more workers and self-insured employers.

Washington has already implemented a policy change applying a presumption to first responders and health care workers diagnosed with COVID-19. This particular presumption policy is expected to expand significantly in the future. Similarly, efforts are underway to expand the application and scope of presumption laws already in effect, such as the Firefighter Presumption and First Responder Presumption. Workers groups are also pushing for stricter enforcement of current presumption laws, such as deeming an employer’s denial of a claim that is later allowed to be considered a failure to comply with presumption laws, punishable by fines and other penalties.

With the courts rejecting arguments from employers that current presumptions, such as HB 1723, are overly broad and create near impossible burdens of proof to overcome, a proactive approach is critical for self-insured employers to limit exposure. At SBH, our attorneys work with employers and claims administrators handling cases which fall within any current presumption laws to minimize risk though strategic defense practices and targeted investigations into alleged occupational disease claims.

If you have any questions about navigating and managing presumption claims, please contact me at (503) 595-6111 or .