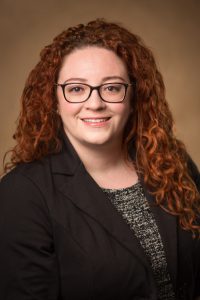 On June 7, 2018 the First Responder Presumption, House Bill SB 6214 became law and changed the way workers and employers approach mental health claims filed by firefighters and law enforcement officers throughout the state of Washington. Before the First Responder Presumption, all workers, including first responders, were typically prevented from filing a claim for Post-traumatic Stress Disorder (PTSD) as an occupational disease. The new law changes this rule and carves out an exception for first responders. Now, when a firefighter or law enforcement officer files a claim for PTSD, it is presumed to be an occupational disease unless the employer proves otherwise.

In other words, the new law shifts the burden of proof to the employer, who is now responsible for establishing by a preponderance of the evidence that a worker either (1) does not have PTSD; or (2) the PTSD was the result of a non-occupationally-related issue. Supporters of the new law believe it will streamline the process of filing claims and eventually allow for automatic approval of claims if specific criteria are met under state regulations. However, critics caution that the presumption law is far too broad and will result in workers taking advantage of the new system, in addition to excessive costs for employers.

While it can be challenging for an employer to overcome a claim filed under the First Responder Presumption, it is far from impossible. To prevent abuse of the system, the law creates certain exceptions the employer can use to its advantage to rebut First Responder Presumption. For example, the law states that PTSD is not considered an occupational disease if the diagnosis is attributable to certain disciplinary issues or personal matters. The exceptions to the new law create a path for employers to strategically defend against and dispute claims where the presumption is alleged to apply.

The attorneys at Sather, Byerly & Holloway understand the complex nature of this new law and are here to help employers identify the best ways to investigate and strategically defend claims filed under the First Responder Presumption. If you need assistance navigating this difficult topic, please contact our firm and we would be happy to assist you.