Is that a protest? 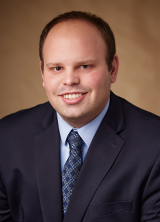 The Washington Industrial Insurance Act allows parties aggrieved by Department orders to request in writing reconsideration, known as a protest, of the order within 60-days of it being communicated to the aggrieved party. RCW 51.52.050. However, it is not always easy to determine whether a claimant intended their letter to a third-party administrator to be a protest. This is particularly important as WAC 296-15-480 requires that a self-insurer submit a written protest by the worker of the Department within five working days of receipt.  Below are four steps to determine whether a protest has been received by claimant or another aggrieved person.

First, has the Department issued an order that would be adverse to an interest of the claimant within the last sixty days? If not, that does not necessarily end the inquiry at this step as the protest window is sixty days from the date the order is communicated, meaning received by the worker. The order is presumed to have been delivered in the regular course of the mail and so unless claimant can show that it was not received a protest after sixty is likely late.

Second, if there is an order is it adverse to the claimant? If not, the worker’s correspondence is not a protest. This often occurs in the context of a general protest that challenges all orders issued within the last sixty days. If so, move on the next step.

Third, who is protesting? RCW 51.52.050(2)(a) provides that a worker, beneficiary or other person aggrieved by a department order may protest. An aggrieved person is one whose proprietary, pecuniary, or personal rights are substantially affected.” In re Chambers Bay Golf Course, BIIA Dec., 09 20604 (2010). If the correspondence is from claimant, they are clearly an aggrieved person to an adverse Department order. In addition, the Washington Supreme Court has determined that the claimant’s attending physician can be an aggrieved person within the meaning of RCW 51.52.050, and is expressly permitted to protest orders on behalf the claimant by WAC 296-220-09701.  Shafer v. Dep’t of Labor & Indust., 166 Wn.2d 710 (2009). By contrast, an independent medical examiner cannot be an aggrieved party and so even if an addendum is received subsequent to a department order which disputes the order it is not a protest. See Long v. Autozone #3822, No. 55722-3-II, slip op. (Mar. 22, 2022) (unpublished).

Finally, turning to the correspondence itself there are no magic words required for a protest. Therefore, it does not need to be entitled “Protest” or “Request for Reconsideration” or identify the order at issue by date. Instead, the determination is whether the contents of the communication itself and the information relevant to it in the possession of the Department or self-insurer put the Department or self-insurer on notice that claimant is taking issue with the Department order. Boyd v. City of Olympia, 1 Wash.App.2d 17, 403 P.3d 956, 963-64 (2017). This is an objective standard and is a change from the long-held standard of the Board which required a determination of whether the correspondence was meant to be reasonably calculated to put the department on notice that a party was requesting action inconsistent with the Department order. In re Mike Lambert, BIIA Dec., 91 0107 (1991).

Here are a few examples of more complicated situations in determining whether a protest has been received.

On January 1, 2022, the Department issues an order closing a claim. On July 1, 2022, writes a letter to the third=party administrator requesting that the claim remain open. He explains the had changed his address with the Department but was just forwarded the letter from occupants of his previous address on June 15, 2022. The letter indicates it was mailed to claimant’s previous address. Is this a protest? Likely yes, the claimant is an aggrieved person by this order and is clearly taking issue with the closing order. The only issue is whether the protest is timely. The protest window runs from the time the order is communicated to the claimant and thus it was not communicated to the claimant until June 15, 2022. While there is a presumption of receipt on Department orders, it requires the order be properly addressed. Note that as in this example, the claimant would need to provide proof that the address was misaddressed and of the date of his receipt to make this a timely protest.

On January 1, 2022, the Department segregates claimant degenerative lumbar disc disease. On January 15, 2022, the attending provider submits a letter to the TPA stating the injury  undoubtedly aggravated claimant’s degenerative lumbar condition Did the attending physician protest? Yes. The letter is requesting action inconsistent with the Department’s order, the attending provider can be by statute and rule an aggrieved person, and the correspondence is received with the protest window.

While it is generally easy to determine whether a claimant or their provider has protested a decision the lack of formality and rules of the Department can make that decision more difficult. If you have any questions or have a letter from the claimant or provider, you are unsure about feel free to contact me at or (971) 867-2724.