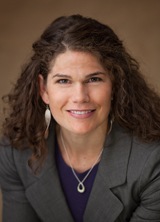 The denial of this injury claim was approved as the insurer proved preexisting DDD, rather than a workplace injury, was the major contributing cause of disability/treatment for the combined condition.  After an ALJ upheld the denial, the worker filed a negligence civil action against his employer.

The trial court granted the employer’s motion to dismiss, concluding ORS 656.018 (the exclusive remedy provision) barred the worker from suing his employer for negligence.  The worker appealed.

The Court of Appeals reversed, explaining ORS 656.019 did not apply to an injury claim, but the right to bring a negligence claim was constitutionally protected under the Smother’s rationale when an injury claim is denied under the major cause standard. The Court concluded the worker could sue his employer in negligence, but not for violating an OSHA standard.

Practice tip:  Consider the employer’s potential civil exposure when denying injury claims based on a combined condition defense. We recommend active collaboration between the employer and insurer to minimize exposure.