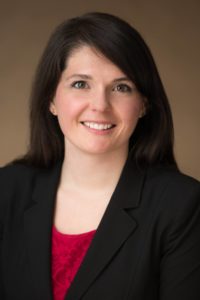 The Oregon Supreme Court’s recent decision in Brown v. SAIF, 361 Or 241 (2017) calls into doubt the applicability of the Workers’ Compensation Division rules involving claim closure. Specifically, the WCD amended closure rules in 2015 to require an impairment rating based on the compensable injury rather than the accepted conditions. Brown held that a compensable injury refers only to the accepted conditions. (For more information on the recent decision see Andrew Evenson’s post here.)

The WCD issued an industry notice on April 3, 2017 to address the case. The WCD is reviewing the rules and will be holding its first meeting to discuss rule changes in light of the recent decision on April 20, 2017. The WCD stated they would review pending and new reconsideration requests with the Supreme Court’s decision in mind. The WCD will not abate Orders on Reconsideration that have already issued but noted Orders that were not final could be appealed to the Hearings Division.

SBH will have at least one attorney present at the April 20, 2017 meeting with the WCD. In the meantime, if you have any questions about how the recent decision affects recently issued Orders on Reconsideration or affects claim closure, please do not hesitate to contact me at .