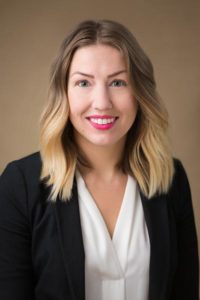 Effective January 1, 2021, legislative revisions to RCW 51.36.070 narrowed the circumstances under which self-insured employers may require a claimant to attend an independent medical examination. In the revised statute, an IME is only allowed when needed to:

This rule proposal would amend WAC 296-20-01002 to define a “case progress” IME as an exam necessary because:

Moreover, the rule proposal would amend WAC 296-23-302 to state that the self-insured employer may only schedule a case progress examination after:

If an attending provider does not provide the requested explanation, the requested referral is not made within 15 days, or the consultation is not completed within 90 days, then a case progress examination can be scheduled. In addition, in the absence of approval from the Department, self-insured employers would be precluded from scheduling case progress IMEs until at least 180 days have passed since a claim allowance order has become final and since receipt of the last case progress examination and, if indicated, authorization of additional treatment of the condition.

The rule proposal would also include the addition of a new section to WAC 296-23 which would substantially limit the total number of IMEs allowed per claim. The self-insured employer would only be allowed:

A second rule proposal involves the addition of a new section to WAC 296-15 which would require that the claimant be given 28 days of notice prior to an IME. The self-insured employer would be required to submit an IME “coversheet” to the Department within 5 days of scheduling the examination.

In addition, the rule proposal addresses disputes between claimants and self-insured employers regarding scheduled IMEs. The rule would direct the Department to consider the following factors when resolving a dispute:

A claimant, their representative, or their attending provider would be allowed to file a written dispute at any time, which the self-insured employer would be required to submit to the Department within five working days of receipt. If the Department determines a dispute received at least 15 calendar days prior to the exam requires further investigation, the self-insured employer may be directed to cancel the exam.

Finally, if a claimant attends a disputed IME and the Department ultimately determines the exam was scheduled in violation of the rules, the IME report would not be considered in the adjudication of the claim.

Both rule proposals would substantially limit the self-insured employer’s freedom to schedule IMEs in order to process a case as needed. It is noteworthy that a portion of the material contained in the rule proposals was included in proposed legislation that ultimately failed earlier this year.  The Washington Self-Insurers Association is preparing comments on both new rule proposals.

The attorneys at SBH are closely tracking the Department’s rulemaking activities. If you have any questions, please contact me at (503) 595-6114 or .