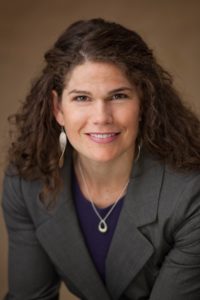 In Hendrickson v. Dep’t of Labor & Indus., the Washington Division One Court of Appeals reaffirmed what evidence must support a reopening application.

Claimant injured her middle and lower back in October 2007. The Department closed her claim in May 2012 with a category 4 dorso-lumbar impairment award. Just prior to claim closure, claimant complained to Dr. Martin she was “having ongoing pain all over.” In September 2013, claimant filed a reopening application, which the Department denied in February 2014. Claimant appealed.

At hearing, claimant’s medical expert, Dr. Martin, testified that claimant’s cervical and lumbar MRI scans taken prior to claim closure and those taken in 2014 “were essentially unchanged” and there were “no objective findings of worsening” in claimant’s case. However, he supported reopening based on claimant’s subjective complaints of pain, noting that claimant was feeling worse and was again complaining of “pain all over.” An Industrial Appeals Judge found claimant failed to present medical evidence supporting her reopening application. The Board and Superior Court affirmed.

Claimant’s appeal argument focused on the Supreme Court case, Wilber v. Department of Labor & Indus. In Wilber, at the time of the closing order, the worker had a ruptured disk that needed surgery. Months later, he had a flare-up, which incapacitated him from any gainful employment. He requested reopening for surgery. The worker’s attending physician testified that no objective findings showed the worker’s condition had worsened. However, medical testimony found the worker’s report of increased frequency and intensity of pain consistent with someone with an unrepaired ruptured disc; pain progressively increased if the ruptured disc is untreated. One physician also found a decreased Achilles reflex, and considered it a significant finding in the case of a ruptured disc. In Wilber, the Court held that the complaints of increased pain were supported by clinical examination and established the condition had worsened since claim closure.

In Hendrickson, the Court of Appeals found Wilber distinguishable.  It found claimant’s subjective complaints of increased pain were not supported by any objective medical findings. There was no change on the MRI scans and her symptoms remained the same.

The good news about this case – though not ground breaking – is that it does not expand what medical evidence will support a reopening application. It continues to be a rare case where a worker’s subjective pain complaints alone support a reopening application. If you have a case where a worker is trying to reopen a claim based solely on subjective evidence, you can use this case (a published Court of Appeals decision). Identify the worker’s pain complaints around the date of claim closure and the pain complaints around the date of the reopening application. If they are the same, and there are no objective findings, you can likely request the Department deny the claim.  If you have a situation like this and would like me to review your case, please contact me at or 503-412-3116.